After a windy start to our Tohoku trip, we were lucky the remainder of our time turned out much better. As our schedule was so packed this time, we decided to scrap some of the touristy things and reserve a few hours to do our shopping. However, we had to get the majority of it done in the morning, as we were heading to a ryokan in the evening. It would be easier to ship our luggage directly back to Haneda Airport and save the hassle of dragging it around with us.

So we spent our morning around Sendai Station hitting up a few stores like Loft and Nitori Express, then lugged everything back to the hotel and repacked our bags. It took us a while to find the location of the courier service to ship our luggage, but once that was done it was definitely a lot easier carrying our backpacks for the remainder of the trip. 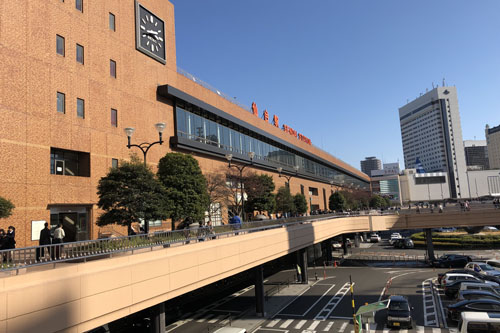 For lunch we stopped by Sendai Station to grab a bite to eat inside their sushi street. Afterwards we took the Senzan Line towards Sakunami Station, where we had reservations for a ryokan that night. The Senzan Line was completely cancelled the previous day, so we were lucky that the trains were back to normal and we got to the station as planned. 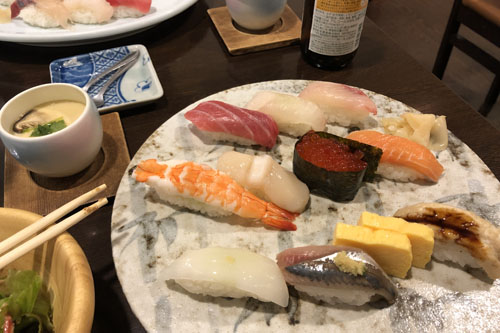 Once we arrived, we boarded the hotel shuttle and finally reached Iwamatsu Ryokan. While the hotel was a little dated, it was very spacious inside and I was happy we could finally relax after having so many days on the go. After getting checked in, we had a bit of time before our dinner reservations, so we decided to hit one of the onsens. 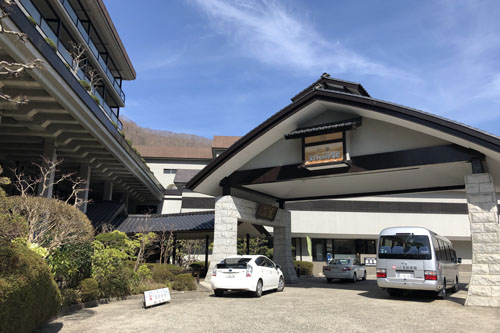 Iwamatsu has their main onsen on the bottom level, then there’s an open air onsen you reach by taking 99-steps down a flight of stairs which gets you to the river. The ryokan is one of those really old onsens which allow konyoku, which means mixed bathing (note: bathing suits are not allowed). We went strictly to the ladies bath, then made a mental note of what time to come back to try the open air onsen at the ladies-only time.

Dinner at Iwamatsu was very different than most ryokans I’ve been to. While there are ones that are served in a communal area, this one was served buffet-style. I think I prefer having meals served inside my own room, but I was still happy with the selection they had at dinner. 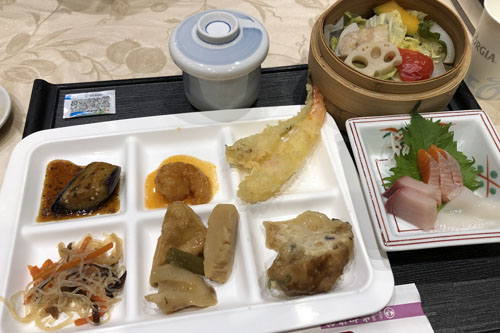 We were so full from dinner and so tired and jet-lagged from our travels, that by the time we got back to our rooms, both of us collectively fell asleep. It would have been okay if we had planned on staying in for the night, but I had still wanted to check out the open air onsen and we totally missed the ladies-only time. LOL

Anyway, since we were only staying the one night, we decided to take a peek inside the onsen to see how ‘crowded’ it was in the mixed baths. We were lucky that it was a weeknight and there were hardly any guests staying at the hotel. While we did see one older gentleman using the onsen when we got there, by the time we finished showering, the onsen was completely empty and we had the entire space to ourselves! I’m glad my initial panic was all for nothing! =D