For the first day of our trip to Kyushu, we woke up early and made our way over to the airport. We flew so much during those few weeks that I ended up getting well acquainted with HKG. Hehe. After boarding the flight, it took only a few hours before we landed in Fukuoka.

The one exciting thing that happened just as we were about to hit the runway was spotting the Arashi jet in the domestic terminal. I was soooo happy to catch a glimpse of it in person! Unfortunately we landed in the international terminal and by the time we caught the shuttle bus over to the domestic terminal it had already taken off. Anyway that was definitely a highlight of flying into Fukuoka. <3 After leaving the airport we took the subway over to JR Hakata station where we checked into our hotel. Since it was already late afternoon, we walked over to the station first to exchange our rail passes before deciding to go exploring the city on foot. 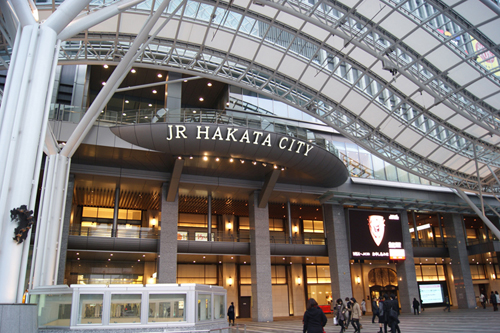 We had planned to walk over to Canal City Hakata to do some shopping initially, but it seemed our sense of direction was way off. We walked around in circles and ended up at the Sumiyoshi Shrine, which was in the same area. We stopped inside for photos right before it got dark, then proceeded to find Canal City. I was getting hungry by that time so we took a quick stop at a conbini where I managed to order oden for the first time. Hehe 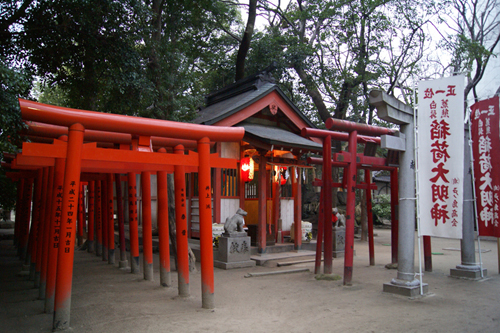 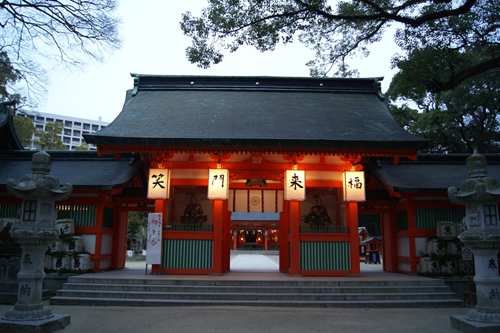 We continued walking afterwards but ended up in a completely different area than where Canal City was situated, so we decided to hail a taxi to take us directly there instead. The first order of business when we arrived was to grab some dinner. We decided to eat nabe that night so we could try the local specialty, motsunabe. I wasn’t too big a fan of the intestines, but the broth was pretty amazing. Noodles were really yummy too. 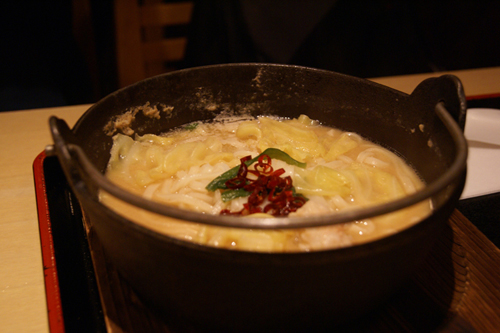 After dinner we stayed in Canal City to shop a little. It was pretty quiet there on a weekday but I was surprised they had live music playing outside in the courtyard area. After walking through the mall for an hour, we had enough space in our tummies to grab dessert at the Moomin Cafe.

Moomin Cafe was the cutest place ever. I had seen it recommended in a travel book so I knew I had to go. The restaurant it was completely decorated in Moomin fashion. There were large stuffed Moomins sitting on chairs that you could take pictures with. When we ordered dessert everything came shaped like Moomin too. It was a little pricey, but I guess it’s pretty normal for any themed cafes. 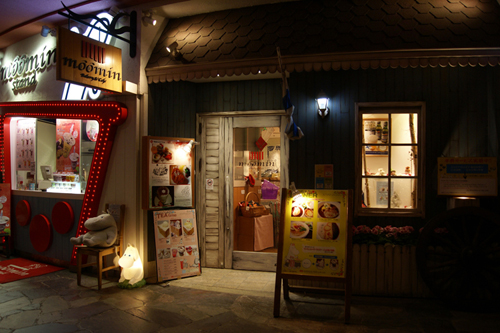 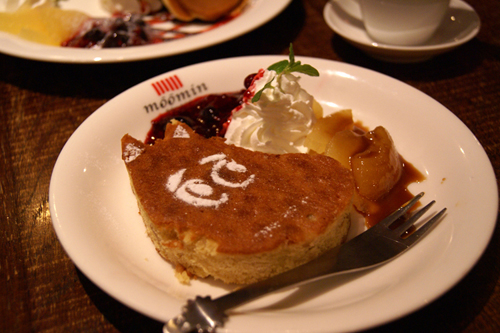 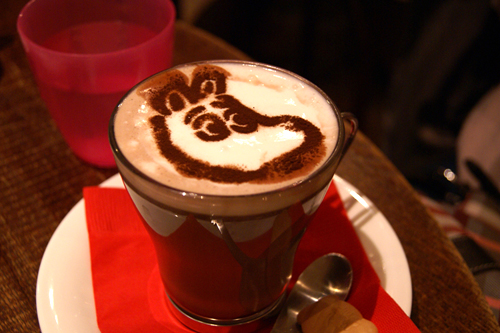 Moomin Cafe was the last place we visited before walking back to Hakata Station. It was a good first day out in Fukuoka and it made me really look forward to the rest of our week in Kyushu!