It didn’t seem like we had done anything in Hokkaido other than attend the Arashi concert. On Monday we finally had a full day of sightseeing.

We took a side trip to Otaru, which is about 45 minutes away from Sapporo. Otaru is a town right by the water, so the sushi is there very fresh. That was one of the main things I was looking forward to when I arrived, as well as the chance to enjoy the hot springs at night.

The first thing we did after picking up a map at the tourist info was to head for Otaru Canal. All the tour books list the canal as the most famous attraction in Otaru. Unfortunately, it was raining on and off the entire day, so it was drizzling when we got to the canal. Also, because there was no snow, it didn’t look quite as appealing as all the photos I’d seen. Regardless, we spent about an hour walking around the canal before we headed over to the shops. 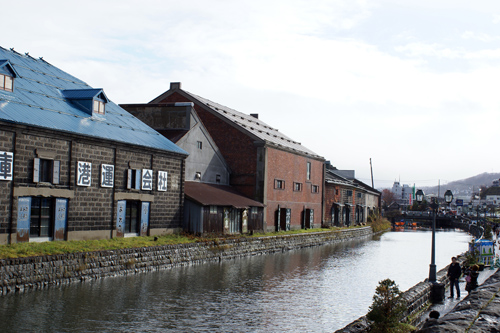 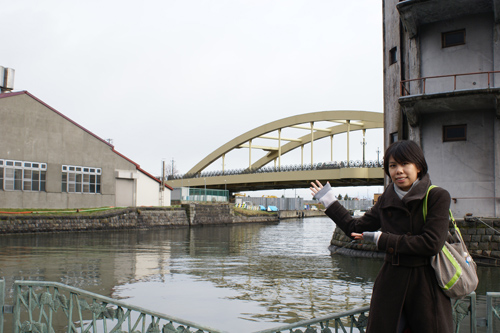 The shops in Otaru were very quaint and each shop had its own unique flavour. Otaru is known for its glass work and music boxes, so there was quite a bit on display. We walked around for the remainder of the morning before finally stopping on Sushi street. We chose a restaurant recommended from the guidebooks for lunch. Unfortunately when we got in, all the bar seats were taken, so we were served upstairs. We were lucky they had English menus available. Since we were famished, we quickly ordered. When the sushi came, it was soooooo yummy! The uni was a little strange, but the tuna just melted in your mouth. So good! 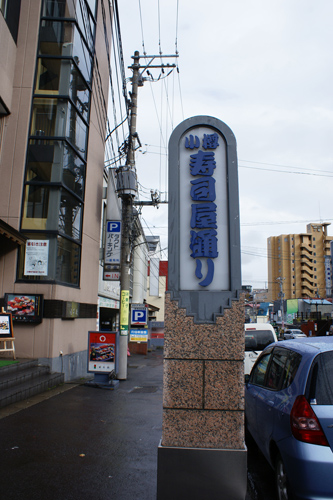 After finishing lunch, we left to explore the rest of Otaru. We went inside Otaru Orgel to buy music boxes. It was magical inside! There were thousands of music boxes on display. It was so pretty, especially since all the Christmas lights were up too. I was immediately attracted to the Arashi music boxes, but I took my time figuring out which one I wanted. Of course at the end I settled on the ‘Happiness’ music box anyway. =) 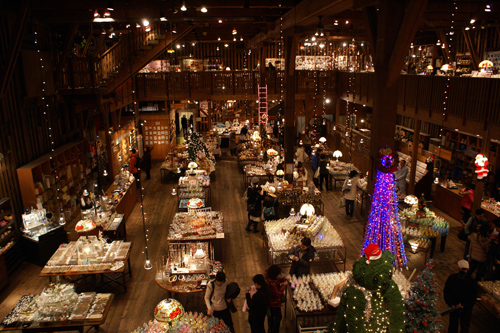 We stopped to buy some souvenirs and had coffee and ice cream at Rokkatei. Later on we backtracked to the station where we waited for the shuttle bus to take us to our hotel. The hotel itself was very nice. I think it must be a popular ski resort because we could see the ski hills from the front. After being led to our room, we were amazed to found out how nice it was. We had opt for a Japanese style room with futons, as well as a private outdoor onsen. The room was so spacious! I was very impressed.

Later on we made our way down for dinner. The meal was really good, but I was actually looking forward to the onsen. My muscles were so stiff from all the walking, so I really enjoyed having a moment to relax. It also made it so much easier to fall asleep – which turned out to be a bad thing because I missed News ZERO. Oopsies. Fortunately I was able to drag myself out of bed for Shukudai!

The next day we still had lots to do, so we got up bright and early and headed for breakfast. Afterwards we took the first shuttle bus back to Otaru Station and made it to Sapporo by around 10:30am. Our first stop in Sapporo was to Tokeidai. We didn’t bother going inside, only snapping a few shots from the front. Then we made our way to Odori Park, passing by the Sapporo TV Tower.

Our first real stop was to Sapporo Beer Factory. We were a little lost getting out of the subway, but we made it there just pass 11:00am. First up was touring the factory. We made it through the brewing chambers and saw some of the exhibits. Unfortuately all the information was in Japanese, so the self-guided tour didn’t last very long. However, we did stop by the bar on the second level, which offered a sampling of three beers for 400 yen. It was so cheap! Unfortunately with low tolerance for alcohol, the two of us only managed to finish two and a half glasses! I was already really red from drinking and it made it worse since we ended going for Genghis Khan right after! 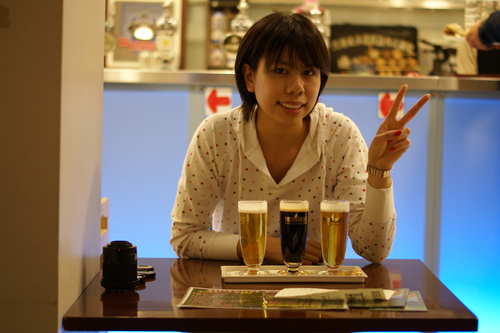 I was really excited to try the Genghis Khan at Sapporo Bier Garten. We were lucky that they had offered us plastic bags for all our belongings, cause it really started to smell of bbq the moment we step foot inside. However, the smell was a good indication of the yummy food we were about to eat. It was so delicious! I was seriously stuffed to the brim after finishing our two orders. However I refused to leave without getting dessert, so I ordered a bowl of melon ice cream. OMG. Words cannot describe how good the ice cream was. It was like eating a mouthful of melons except in ice cream format. Oiishikatta! 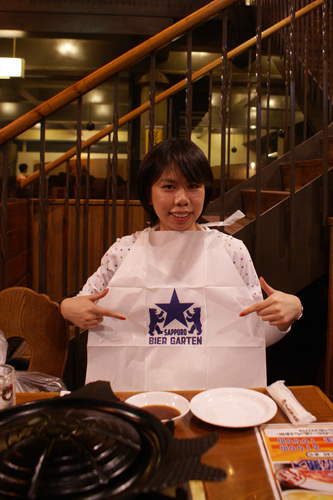 Next stop afterwards was to Ishiya Chocolate Factory, makers of the famous Shiroi Koibito. We had to pay an entrance fee up front, but it was another self-guided tour. We toured the exhibits and passed by the factory where we saw workers making the chocolate. Afterwards we made our way out to the gardens to explore the little playhouses. It was really fun outside! When it started to get dark, we headed back for Susukino for dinner. 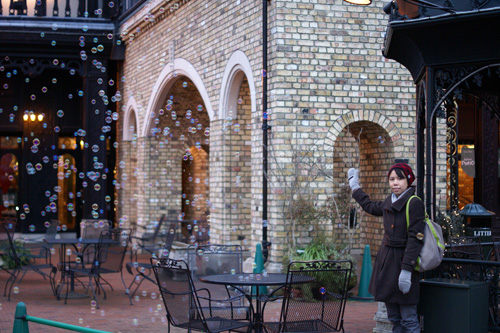 We decided that we would splurge a little for our last meal in Sapporo, and headed to Kani Syougun to try crab. Dinner itself was about eight courses that was entirely crab. While the food was good, I think by the fourth or fifth course, I was already getting sick of it! Let that be a lesson to never eat so much crab in one sitting! Later on at night, we explored the last bits of Sapporo before making our way back.

The next day we headed off to the airport to catch a flight to Tokyo. After getting checked in, we had ramen one last time in Sapporo. Cheese and corn ramen! Too bad I didn’t take a photo of it, cause it was seriously delicious! We ended up wandering around the airport before we finally boarded.

So to finish off with my last impressions of Sapporo –

Sapporo is such a gorgeous city and I had a great time there. Even though I went mainly for the concert, I know I would have enjoyed it regardless. It’s so similar to Toronto! It’s much more warm and welcoming and less of a monstrosity than Tokyo. I will definitely try to go back and ski the next time!