For my last full day in Europe, we did a lot of sightseeing within Munich. Unfortunately it was also significantly colder, so I was pretty much wearing all my layers when we went out that morning.

After grabbing breakfast, we first took a stroll around Viktualienmarkt. Not all the stalls were opened so early in the morning, but we found a few selling local produce and handmade crafts. It was fun browsing through the stalls and seeing all the freshly prepared foods they had on sale. 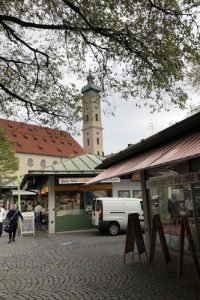 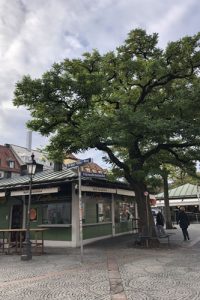 Later on we made our way over to the Residenz, which is the former royal palace of the Bavarian kings. From the outside the building doesn’t look very impressive, but it was a complete 180 inside. There were endless amounts of rooms to visit and each time I thought we were done we would stumble upon more rows of rooms. It’s definitely worth visiting if you have at least two hours to spare. It would have been longer if we had visited the Treasury as well, but at least we saw most of the highlights in the main building. 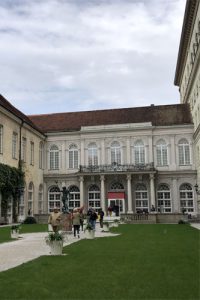 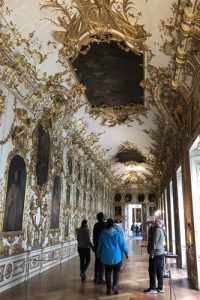 Once we left the Residenz we headed over to the Oktoberfest grounds again. It was Day 2 of Oktoberfest and this time I was forced to drink an entire 1L. Hehe. We checked out a different beer tent this time and it was fun seeing how different the atmosphere was from tent to tent. 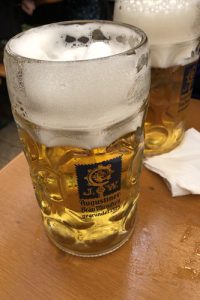 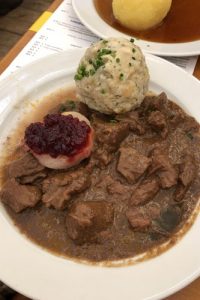 For the remainder of the afternoon we spent time shopping around Marienplatz. I also randomly bought a pair of lederhosen on sale. (I’m sure I’ll have ample opportunity to wear it in the future lol.) And because I couldn’t do meat and potatoes again, we ended up having dinner at Eataly that night. =P

Overall I was pretty happy with the way the trip went this time. I didn’t pack all my activities to the brim, although I was a little ambitious with the amount of travel I planned in between cities. Oktoberfest was definitely a highlight for me, as well as being able to meet Therese in Vienna. I think I’m getting better at planning with each trip I take, so hopefully I won’t have to wait long until the next one!