The next couple of days in Tokyo were completely jammed packed. In hindsight it wasn’t very smart to plan two amusement park visits back to back, but that was the only way the dates would work out with my friends, so I didn’t have much of a choice. Naturally I ended up getting sick, but at least I still managed to get to where I needed before I crashed. =S

Our first amusement park was Tokyo Disneyland. I had been to DisneySea many years prior, but it was my first time going to the original park. We woke up early and made our way to Maihama Station for 9:30am. There were already line ups at the entrance, so we waited with the crowds to get in. Mami and Hirano-san met us afterwards, then it was off to our first ride! 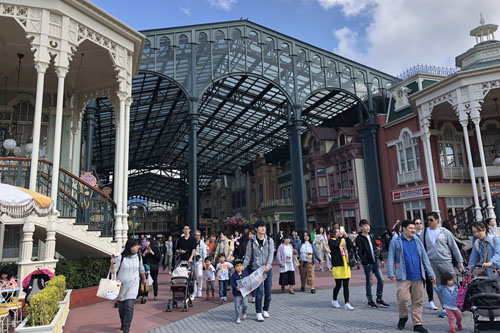 We were glad we decided to go on a Thursday because it was a lot less busy inside. We pretty much walked right into The Haunted Mansion and It’s a Small World rides, and waited less than 30 minutes for the other rides. We also got our share of Fast Passes and even got tickets to the fireworks show, which was by lottery. I thought it was great how the ticketing system worked, and even without the Fast Passes none of the lineups were ridiculously long.

The longest wait we had that day was getting lunch inside the Chinese restaurant. Lol. It wasn’t even like we needed to wait for a table, but just lining up to pay and pick up our food took about 30 minutes. =S 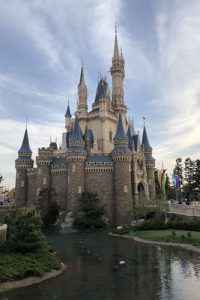 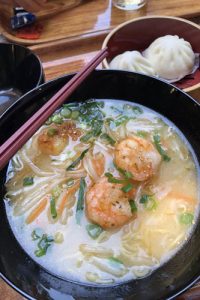 Since we had gone right before Easter, there were numerous Easter decorations inside the park. Plus the parade was all Easter-themed, so it was fun to watch. I also liked how the cast members would direct people to sit down as the parade was progressing, so people behind could see. It felt so civilized. Lol.

While the weather was really sunny in the morning, it started getting windy by the afternoon. I was already developing a headache and all the traveling was starting to catch up with me. I knew I wouldn’t last until the show at 9:15pm, so we decided to head back early. We went on one last ride – Big Thunder Mountain – before we parted ways with our friends. Thanks so much for traveling all the way from Nagoya! 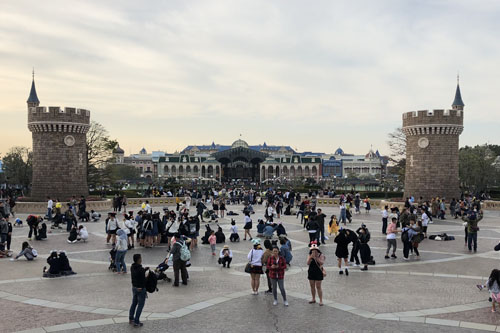 The rest of the night wasn’t that great. I was tired and had zero appetite. By the time we got back at 7pm I headed straight to bed and didn’t even wake up to eat the bentos my sister bought us. For some reason my vacations are more work than work itself, so it’s definitely something I need to keep in mind for all my future travels. (T__T)