For our last day in Tohoku, we started the morning with a breakfast buffet at the ryokan, then we took the shuttle bus back to Sakunami Station. It was surprisingly a nice day out, so instead of taking the local line directly to Yamagata, we did a two-hour stopover in Yamadera.

The view from Yamadera was absolutely breathtaking. Even though there were 1,000 steps to get up, we stopped often enough to catch our breath and admire the scenery. There’s also numerous temples along the way, including the Ryushakuji Temple at the top, so it was an enjoyable journey up the mountain. 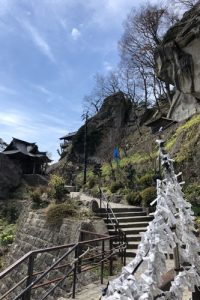 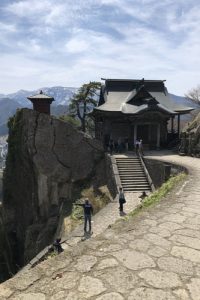 From the entrance of Yamadera, the entire hike took a little over an hour. As the local trains only run once an hour, we ended up having some time to kill, so we rested inside one of the restaurants. The specialty in the region is zundamochi, so naturally that was what we ordered. =D 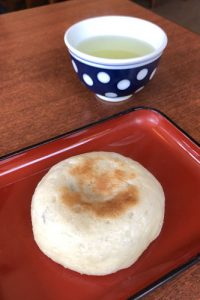 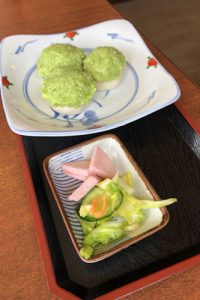 Afterwards it was a 20 minute train ride to Yamagata Station. We really didn’t have a lot of time to spend in the city, as I needed to be back in Tokyo for the afternoon. We ended up doing a really quick tour of Kajou Park. The weather was a lot nicer than our first day in Tohoku, so even though it was a weekday the park was filled with people coming for hanami. We saw some of the remaining moats and stone walls of Yamagata Castle, stopped by the former hospital Saiseikan, and grabbed some karaage from one of the food stalls before we headed back to the station. 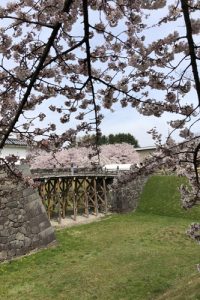 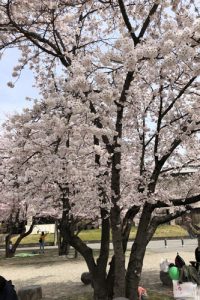 As we didn’t really have time for lunch, we bought an ekiben and some omiyage before taking the shinkansen back to Tokyo. Once we got there, I had to make a quick stop at the office, so I left my sister conveniently at a McDonald’s with my overnight bag. =P

In the evening we ended up meeting friends for dinner at Tokitarazu. I had really wanted to try their kamameshi (rice cooked in a pot) and this fish that I saw on their menu. When the fish came out we all thought it was some sort of puff pastry, much like beef wellington. However our waitress supplied us with a hammer and a huge bowl. Turns out the fish was baked in salt, which made it super soft and flavourful on the inside (hence the name in Japanese, shiogamayaki). Our highlight was taking turns pounding away at the salt with our hammer. =D 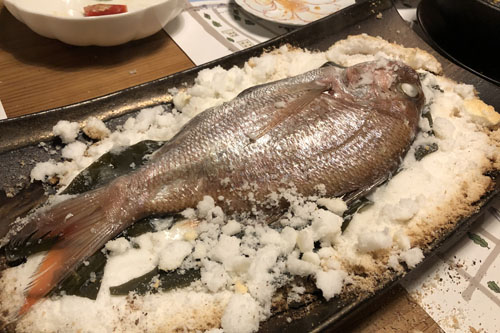 While our three day trip to Tohoku was short, we still managed to make the most of our time there. I was also glad to know the region has recovered from the devastating earthquake and tsunami in 2011. As Sendai was the first city I ever visited in Japan, it holds a place dear in my heart.