The following day was the start of our three-day trip to Tohoku. Since we already had our train tickets, it was an easy ride all the way to Sendai Station. However, it was only after we got there that the trouble started. Due to high winds, the majority of the local trains running from Sendai Station were either delayed or cancelled for the day. While it’s not entirely uncommon to experience weather-related delays, it was the first time I had been so severely impacted by the wind itself.

We had planned on spending the afternoon at a couple of hanami spots in the city, as the majority of cherry blossoms were already at full bloom. It took us double the time to get to the first stop and it was soooo windy that we scrapped plans to go to the second spot.

While the blossoms by the Ogawara River were really nice, it was too cold and windy to fully appreciate the scenery. We grabbed a bite to eat at a couple of food stalls, then only managed to stay for another 30 minutes before heading back to Sendai. 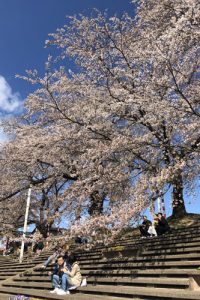 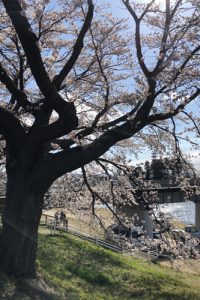 If the ride going there wasn’t long enough, the ride back to Sendai Station took double the initial time. By the time the train made it back to the station it was delayed by two hours. I think we spent more time inside the train than outside. (@_@)

Since there was no point venturing out anywhere by train, we checked into our hotel, then ran errands at the post office in the afternoon. Once we were done we decided to grab an early dinner at one of the gyutan places my sister had picked out. Even though it was a weekday we still had a wait about 10 minutes to get seated inside. I hadn’t had gyutan in a long time and I was super excited knowing it’s the specialty in Sendai. It definitely didn’t disappoint! 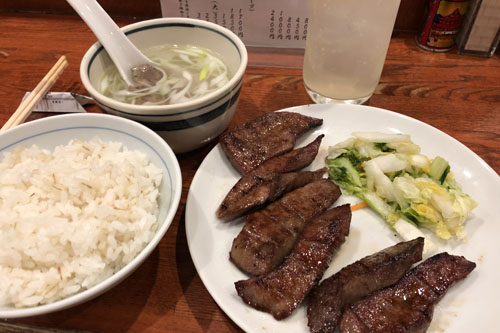 After dinner we decided to venture out to see one more nighttime hanami spot that was only a couple stations away. I had been to hanami only once at night so I was really looking forward to it. However, in addition to the high winds, it had gotten significantly colder in the evening, so we spent even less time at Tsutsujigaoka Park than at Ogawara River in the morning. While it was unfortunate we couldn’t fully enjoy the peak blossoms in person, the pictures still turned out nicely. =P 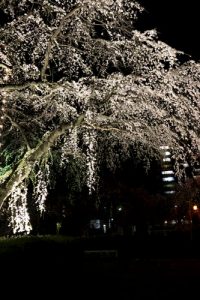 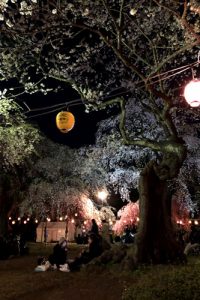 Even though it was already a long day by the time we left the park, we only managed to do very little on our list. Because of timing and logistics, we ended up going back out to do some shopping at 10pm before we managed to call it a night. (T__T)